Cinematic Dynamics of Separation and Alliance, 1945–1960 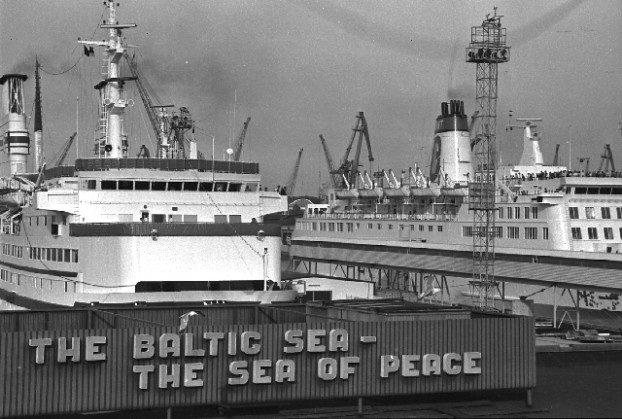 After World War II, the Baltic Sea Region faced a dramatically changed geo-political situation, as Stalinist Soviet Union took firm control, either directly or indirectly, in a number of countries on the eastern and southern shores of the Baltic Sea. On 5 March 1946, Winston Churchill famously noted that, ‘From Stettin in the Baltic to Trieste in the Adriatic an “Iron Curtain” has descended across the continent’. While immediately after the war much of the Western public still considered Soviet Union as an ally in the context of the recent defeat of Nazi Germany, soon the semi-friendly relations between the West and Soviet Union started to deteriorate. Yet, the first decade of post-war period that witnessed traumatic territorial losses, disappearance of sovereignty and mass (e)migration, was also one of reconstruction and recovery, imbued with a sense of relief and hope.

The 4th Baltic Sea Region Film History Conference will provide a platform for exploring the aspects of the following, and related, avenues of research across the full spectrum of audiovisual production (including narrative and documentary cinema, animated films and home movies, as well as TV production):

- Processes of post-war reconstruction – of economies, physical environment and (audiovisual) industries – on both sides of the Iron Curtain.
- Cultural exchanges, both voluntary and ‘voluntary’, especially those that crossed the barrier of the Iron Curtain, but also those within the limits of the Soviet Bloc.
- Migration and refugees – the dislocation of filmmaking talent as well as representations of displacement.
- Impact of the newly imposed Soviet regime on cinemas of the countries and regions that fell under its influence, in industrial, as well as narrative and formal terms.

The presentations should run 20 minutes, followed by discussion.

Prof. Paul Coates and Dr. Kimmo Laine have been confirmed as keynote speakers.

There is no conference fee and each presenter will receive a small stipend, but each participant should make their own travel arrangements to Tallinn.