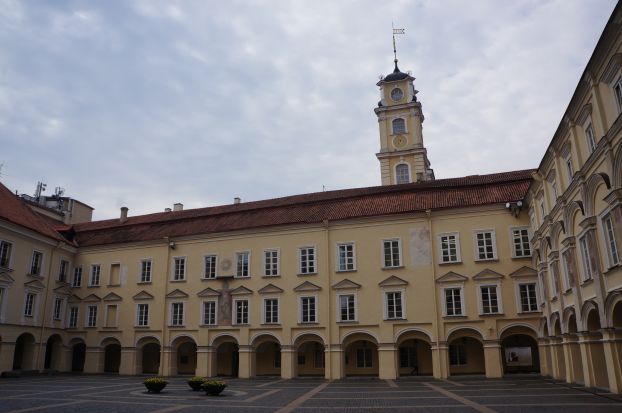 A personal assessment by Tedd Urnes

The joint IASA-BAAC conference took place in the capital of Lithuania, Vilnius, October 5 - 11, 2013. The choice of the venue for the conference was a good one, as Vilnius is a beautiful city.

Members of BAAC and IASA who worked for the conference, did a splendid job making it possible for all of the delegates to enjoy the stay. If a standard for the perfect programme should be set up, I think the programme committe for this conference reached the aim: a programme containing many different subjects dealing with issues of audiovisual archives worldwide. Even if I wanted to attend all of the sessions, I had to make choices. Therefore, my comments are limited to sessions I joined or sessions about which I was informed later on.

The problem of getting access to audiovisual archives for academics, journalists, students and writers was dealt with by many of the speakers. Tedd Urnes and Eglė Vidutytė presented a paper about the issue of access to television archives, radio archives and national archives emphasizing content of the archives. Erwin Verbruggen and Joris Pekel reported on a project of making the audiovisual heritage accessible and valuable through EUscreenXL. The final report of the work is not finished because they are still gathering information from archives and individuals dealing with the issue. Pekka Gronow was preoccupied with access to recording history, and the title of his paper was: Access to history of the recording industry: The experience of Dismarc and Lindstrøm project. Jonas Korys presented a report of the development of the work with the digitization of LRT radio digital archive. My private interests were those sessions where transmitted radio programmes, television programmes and movies were the main subjects for the sessions.

The main issues for the archives dealing with productions are: new technology, management of the archives, staff problems, copyright issues, practical problems in reusing transmitted radio and television programmes, access to the collections of transmitted programmes for academics, content descriptions of the programmes, access to the digitized collections of the national archives, the difference between the responsibility of the national archives and the production units like television and radio companies, and finally, above all, individuals who are dedicated to collections of old films, sound recordings and rare books. In Vilnius you had it all.

I was fascinated to attend the meeting where " Black Europe" was the subject. Rainer E. Lotz's dedicated work and search for recordings of African music in Europe, was very interesting. It is also important to update your knowledge in the field on how to organize the rapid and challenging new technology. Basic information about the reasons for making use of the new digital world must not be neglected.

The director of the audiovisual archives of the Norwegian Broadcasting Corporation(NRK), Svein Prestvik, gave the delegates a good answer to the questions of how to deal with the content descriptions of the large number of programmes made every year and programmes transmitted to the population of any nation. Close contact with the production units, the journalists and the archives was one of the answers presented by Svein Prestvik.

The Norwegian Broadcasting Corporation(NRK) presented the latest report of the digital music archive. Critical questions were asked and answers were given by Tone Nøtvik Jacobsen and Berit Stifjeld. Reports dealing with both practical problems and mistakes made while working are my favorite sessions. We all make mistakes. It is good to learn about the mistakes made instead of attending meetings where the speaker has the only correct answer to every issue.

Critical comments about administrative changes in archives, with reference to the introduction of business theories and application of private industry's style of dealing with management of archives, were presented by Andris Ķesteris. The former president of IASA, Kurt Deggeller, with whom I have worked for years, was reflecting on the reasons why we have so many international associations dealing with more or less the same issues? He was also concerned about the lack of actions from the different associations with reference to political events, where the values of the work we do are jeopardized. None of the associations are dealing with political issues, but we should let the world know if the values that we fight for, are in danger. I agree with Kurt Deggeller. We should act.
A report about sound archives of the commission for the development of indigenous peoples in Mexico was presented by Alvaro Hegewitsch, Julio Herrera, Julio Delgato and Carmen Ordono. The issues presented and the problems were interesting.

Lelde Neimane reported on a project from the Museum of the Occupation of Latvia. People who had been deported to Russia during the occupation of Latvia, had been interviewed about the events of the past. An interesting report for anybody who is dedicated to the study of history after the Second World War.
In conclusion: a perfect programme, a splendid working team who made the conference a success.
Tedd Urnes

As mentioned by Tedd Urnes, this was an amazingly well-organized joint conference on the part of IASA and BAAC. The amount of work which went into the programme can be called its "high production value". It was "value added" not only in terms of the detail and smooth operation of the activities, but also immense significance to each and every participant.

Although BAAC and IASA differ greatly in comparative size, resources and scope of membership, it is fair to say that they work in a complementary fashion. As with other organizations of this nature, the main goal is one of exchanging valuable information among colleagues on a global basis, and at a reasonable cost. For the BAAC, one of the founding principles was that professionals, whose organizations did not necessarily have budgets for international trips and conferences at exotic venues, could get exposure to the exchange and development of expertise in their fields. Initially, this was particularly so for our colleagues in Estonia, Latvia and Lithuania. It is amazing how, in less than ten years, BAAC members are all participating in a truly international initiative, where the activity has also grown tenfold. With every year, which also includes important workshops by related archives, museums, radio and television companies, the network has been growing.

In keeping with the original Baltic and Nordic roots of many participating organizations, the choice of venue was ideal. Vilnius was ideal. Not only is it a beautiful city with beautiful people, it also took place during Lithuania's Presidency of the Council of the European Union. Perhaps, this is all the more reason to make sure that the programme is preserved for posterity in appropriate archives.
To reiterate, the success of this truly international effort is due to the incredible work done, as might be said, by individuals both in front of, and behind the camera.

As Tedd Urnes said, the content of the presentations was so interesting, that it was difficult to make a choice as to which ones to attend. It was noticed that participants literally ran from one room to the next, to hear as much as possible from more than one overlapping session. You cannot ask for more proof of a very successful event!

In the history of IASA and BAAC, this is only the second time that they have had a joint meeting of this kind. We can say, that they have both shown success and achievement and must be encouraged to continue this productive relationship. It bodes well for the preservation of our common heritage! 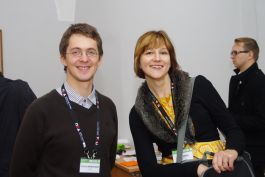 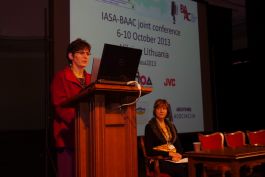 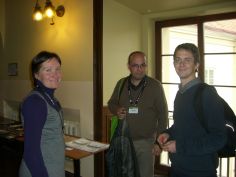 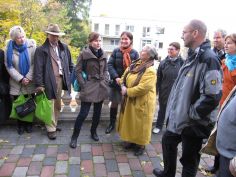 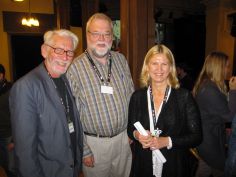 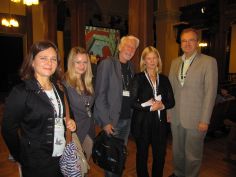 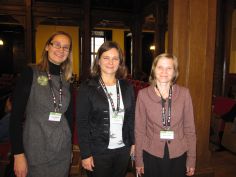 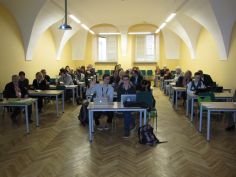 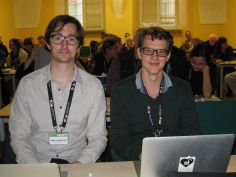 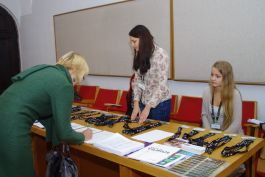 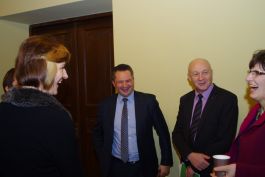 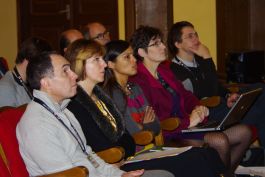 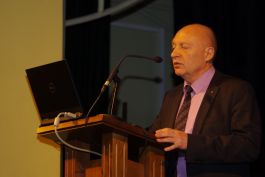 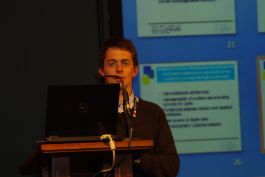 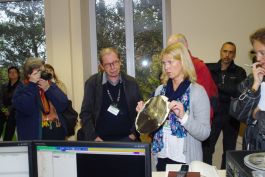 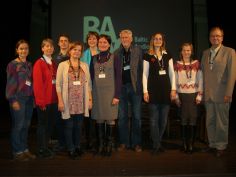 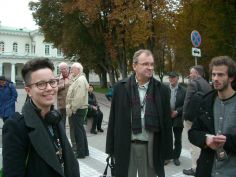 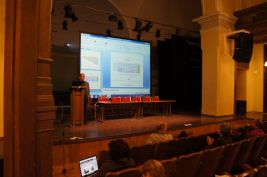