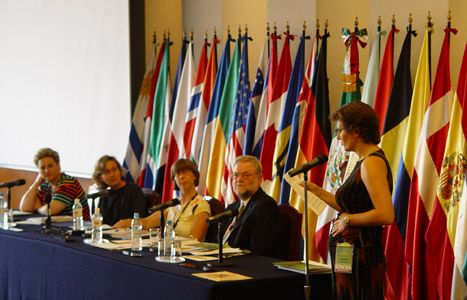 The place and time for the 2007 IASA annual conference were finally approved during this years IASA conference “Between Memory and Oblivion”. Following up on the great success of last two years seminars, organized by BAAC – the idea of joint IASA-BAAC conference was proposed and also accepted.

The next annual conference will be held in Rīga (Latvia) September 15-20th. BAAC will be administrator of event and Latvian Television (LTV) will take host organization responsibilities. LTV is the only public television and national broadcasting company in the country with its target audience – whole population of Latvia.

It was decided that Conference and presentations should mainly focus on the topics “Starting / Building a New Archive: Physical vs. Digital”, “The National Audiovisual archive”, “Preservation of Audiovisual Heritage and Governmental Awareness”.